How to extend the DynaRent Dimensions Framework for Customizations? 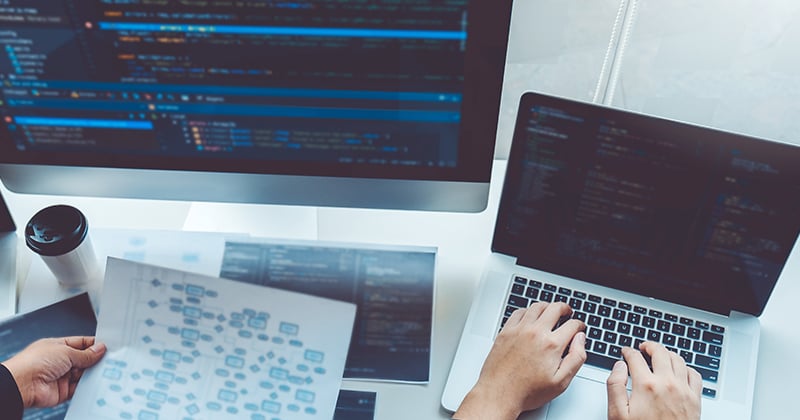 When implementing DynaRent, To-Increase’s equipment rental solution suite, we’ve seen that customizations are required in most cases to meet customer requirements. This means besides creating a set of new functions and minor adjustments, it might also be that the dimensions a customer is already using are different from those that come out of the box with DynaRent.

Also, we’ve had some customers come to us with a requirement to implement dimensions on another table where it is not yet implemented. Since DynaRent made an extension on the standard AX dimensions, it will be a challenge to make full use of this extended dimensions framework.

This blog will guide your developers through the steps that will enable them to utilize the DynaRent Dimensions Framework completely for your customization.

You will need to make some adjustments, such as changes in tables, forms, and classes, and the next sections will guide you through each of them.

As a first step, you need to identify the table that requires the dimensions, and then do the following:

Now that the table and form are adjusted, you’ll also need to create some code adjustments. First of all, it is good to mention there are a couple of classes that act as the core of the DynaRent Dimensions Framework, and these are DNREventGeneric, FINDimValueController, and FINDimValueResult.

Let’s start with the first one, DNREventGeneric. Since this is a DynaRent class, it cannot be adjusted, and therefore an EventHandler class needs to be created. If you would make a class that acts as an extension of (using the ExtensionOf attribute), then it would violate a best-practice check. Once this EventHandler class is created (using the customer’s suggested naming convention), you should create a couple of data event handler methods, and here are a few essential ones:

Depending on the action, one of the following static methods on the FINDIMValueController class need to be called:

These methods require only one parameter of type Common which is the current record of the table for which the dimensions are implemented. Below a screenshot of the methods mentioned for the PurchReqLine table.

When it needs to be synchronized across companies, then the doSync method (also static) on the DNRCrossCompanySynchronizer needs to be called.

(a) The current record and a DataEventType to specify whether the record is inserted, updated, or deleted. When, for example, the Inserted data event handler is being used, then the method calling the doSync should look like the screenshot below.

(b) Then there is also the static ValidatedWrite event handler to validate the values. This is not required, but it is good practice to have this event handler for your table as well. This method also requires only the table buffer as a parameter.

It needs to have at least the following 3 methods:

Below is a screenshot of the implementation on a table called EBCTransactionType: 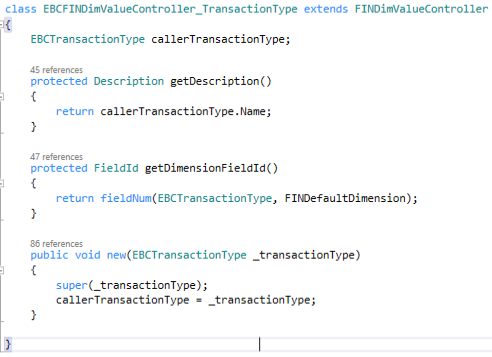 There are two more types of methods that can be implemented to retrieve the correct values used in the dimension field:

Besides this table-specific class, two new classes also need to be created, so the new table that supports dimensions is processed correctly. They are:

Finally, the DNRCrossCompanySynchronizer class needs to be extended because intercompany synchronization needs to be applied, followed by adding at least the following two methods to the extension class:

Furthermore, it is also possible to add an eventDeleted and eventInserted method to create logic specifically created for the currently consumed record.

Once all code and objects are created and adjusted, it is time to complete the setup. Assuming the correct dimensions are already available, it is just a matter of pointing the correct methods to the dimension field on the correct table. Below are two examples of dimensions that can be setup on the SalesLine table.

The first example has a Reference method filled with a ref method (refEBCLot), meaning that it will create a reference to the dimension found in the refEBCLot method. The second example used a find method to retrieve a certain value to store as dimension value.

If you’ve added the dimension field to a new table and made all of the adjustments in code and objects, then it is possible to add this new table to the setup as well. This is how this is done:

Curious to find out what DynaRent Solutions Suite, our end-to-end equipment rental solution, has to offer? 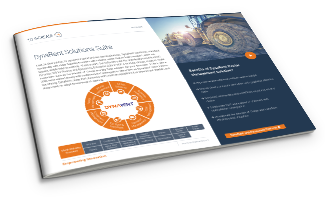 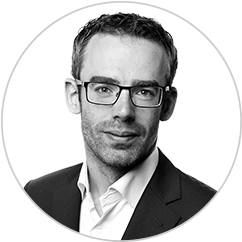 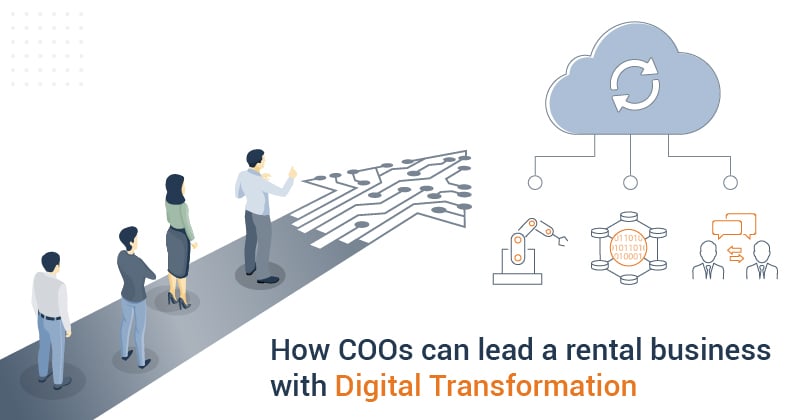 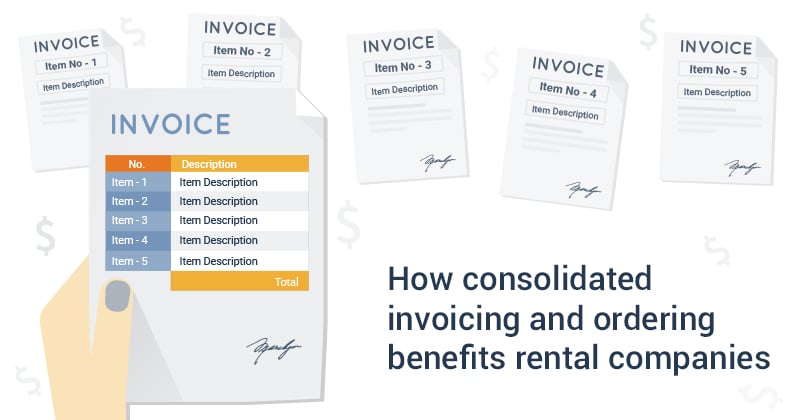