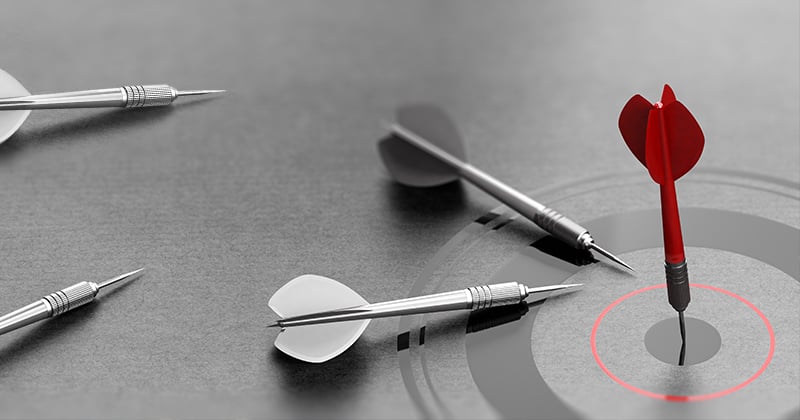 While “precision” is difficult to quantify in precise engineering and imprecise engineering implies “uncertainty”, both the engineering methods provide an interesting facet to the engineering design process and are critical for the overall product development at various stages and in version updates. Keeping track of history can impact freedom of a product's development as there would be limited number of changes, concerning the manufacturer as well as the customer who is looking forward to an updated version or is facing problem with the existing version. Let’s decode engineering standards to manage the impact of a new product version in the world of ERP.

What’s the Difference between Precise and Imprecise Engineering?

When a product is at the early stage of development, it is to be decided whether the process would be imprecise or precise. There is no going back when the decision is already made as both precise and imprecise have defined routes in product development. Whether you are going for precise or imprecise, it is imperative to make decision during the implementation of the solution before going live.

This blog will explain the difference between precise and imprecise engineering by using an example going over in all the subprocesses of the main engineering to manufacturing processes.

In this case, we will follow the internal process of a manufacturing company, let’s call it Imperia Manufacturers. The company has 50-200 number of employees. Among them are:

At some point, during assembly, the product manager, Peter, has found out that mounting products is not that easy due to the tight tolerance of the holes. He orders his employees to drill the holes manually to a larger diameter, if necessary, to enable the mounting of products. This is a suitable, but costly and unplanned operation. Peter notices that a large order with brackets is planned and decides to ask for an engineering change. Edward and Peter decide that replacing the four holes with slot holes will cover Peter’s engineering change request.

During approval of the engineering change, another engineering change request for reducing the number of holes was discussed and as a result it was found that, from now, three slotholes should be enough to mount the newly delivered products of Imperia.

For this bracket the company Imperia uses a precise process for engineering. Edward finishes the design and saves it as a new version of the bracket; Edward has also reduced the number of holes to three as approved during the engineering change. He knows he could do this because all versions are tracked within all transactions of Imperia. If a customer asks for a replacement of the first version of the bracket (the one with the four holes) then Imperia will just deliver the first version again. The company will be sure it will fit the demand. 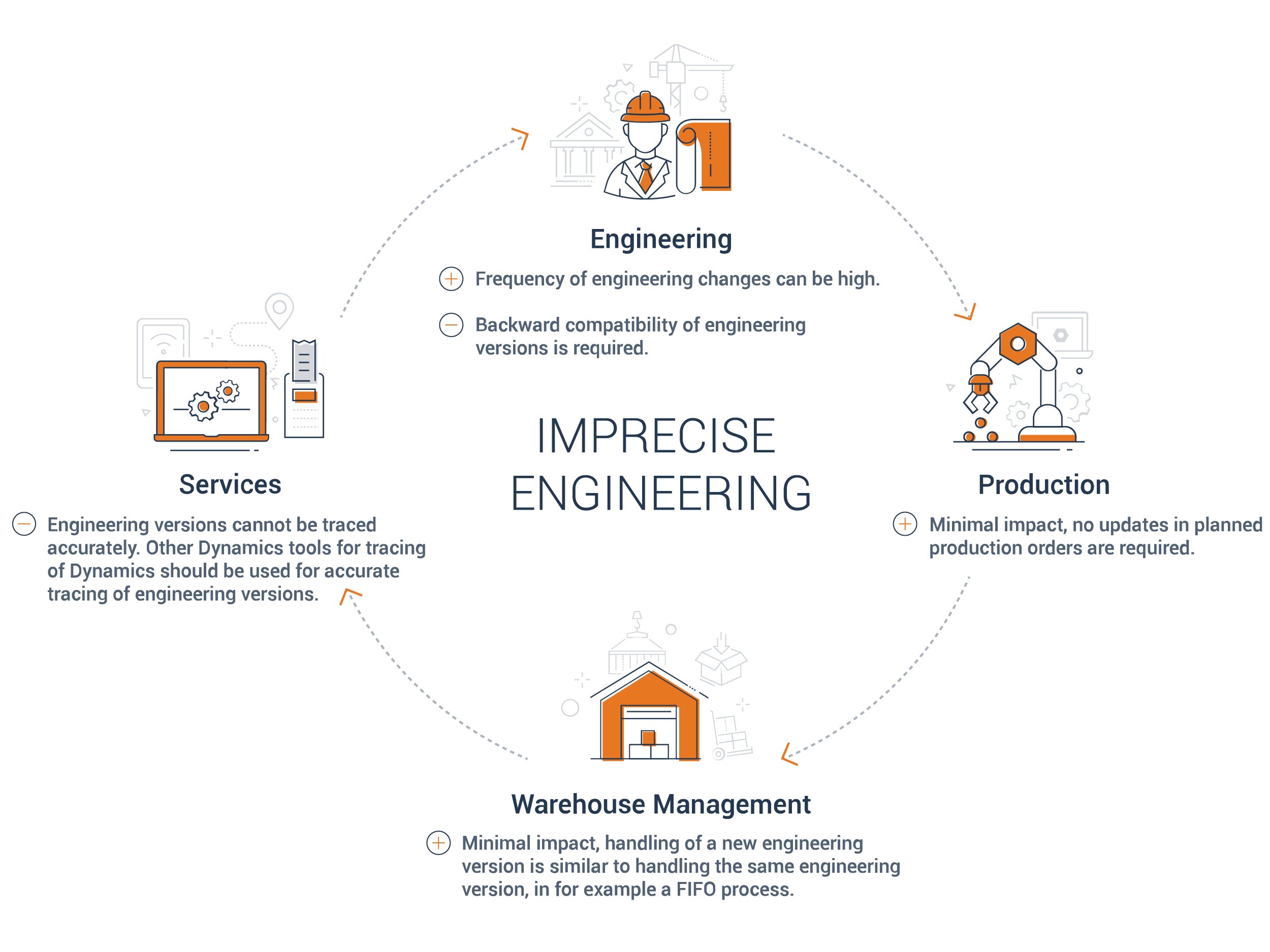 In this example, Imperia uses an imprecise process for engineering. Edward finishes the design and saves the design as a new version of the bracket. He did not reduce the number of holes, because he realized that since the version upgrade will be imprecise, the first and the second version need to be backward compatible. If a customer asks for a replacement of an earlier delivered bracket, Imperia will not know which version needs to be delivered. Now, Imperia will just deliver the second version with four slot holes, which can always replace the first version of the bracket.

He checks the stock together with the warehouse manager, Rita. Peter and Rita decide to use the First-In-First-Out principle , and Rita will make sure to use up all the stock of the first version before delivering stock of the second version to Peter. Since the version is not traced for stock as well, Rita uses the same shelf and places the new versions of the bracket on the end of the shelf, facilitating the FIFO principle. Rita and Peter also conclude that if Rita would use the FIFO principle  for the majority of their products, Rita does not even need to be informed any more when a new version of a product is phased in, saving Peter and Rita a lot of time per engineering change.

Together with Peter, Sally investigates all historical sales orders to try to find out which version was delivered to which customer. However, Sally and Peter find out that also on historical sales orders the version is not tracked. Peter has one last trick up his sleeve, for both versions of the bracket he entered the effectivity (when the versions become effective) dates. Sally and Peter find out that on the first of June, the second version of the bracket was phased in. Now, Sally can make an educated guess to which customers and in which quantities the new version of the bracket was delivered. However, she cannot offer exact amounts of brackets in her offer to the customers.

When using an imprecise engineering process, the traceability of delivered products can only be done using other Dynamics tools for traceability. However, the impact on required change in planned transactions, inventory and minimum stock is minimal, supporting a high frequency of engineering changes. 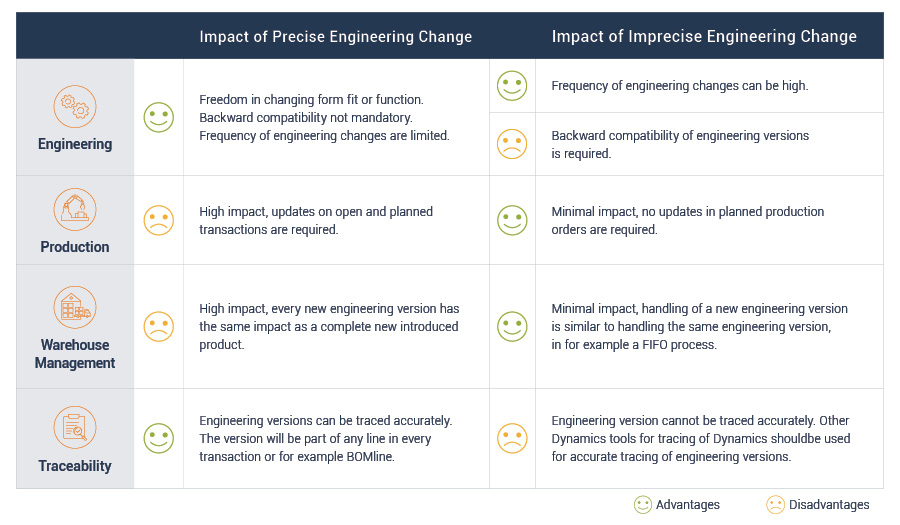 To make a perfect product, lessons learne at various stages of manufacturing are stepping stones. And, to manage these changes, descriptions and orders, a proper way of tracking is required. At To-Increase we understand your concerns about numerous versions and our solutions support both precise and imprecise engineering.

When it comes to the manufacturing industry, there is an immense need for empowering the business as well as the processes and people with the right methodologies, deep insights, resource optimization, and compliance to handle product changes.

Our To-Increase Product Engineering solutions with trusted PLM integration helps you to become customer-centric and optimize to scale up fast and grow exponentially. 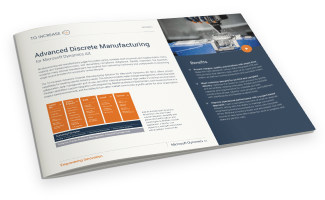 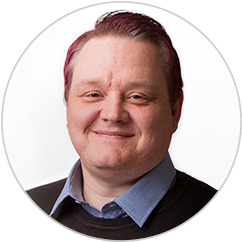 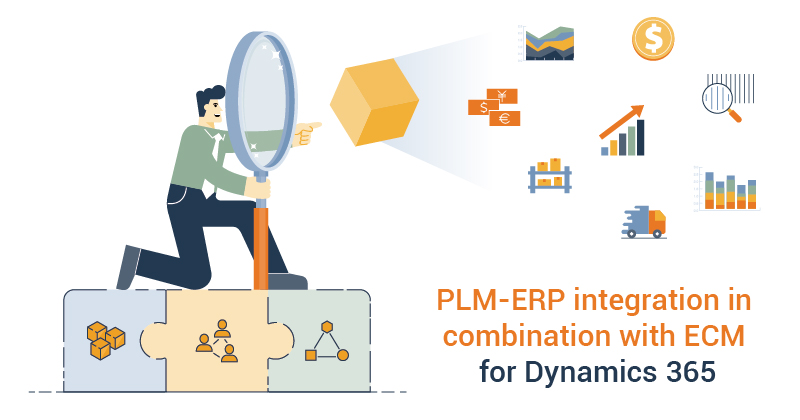 Engineering Change Management in D365 - Why You Need it for PLM-ERP Integration?

Integrating your PLM and ERP systems is a guaranteed recipe to enhance the productivity and efficiency of your manufacturing operations. At To-Increase, we help manufacturing companies gain this ... 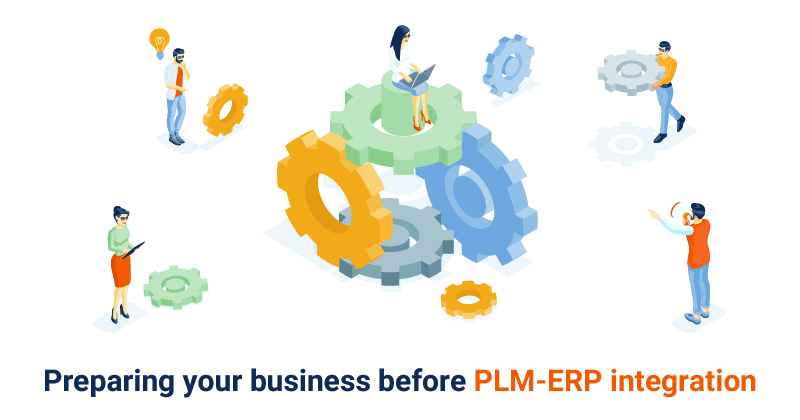 How to Prepare Your Business Before PLM-ERP Integration

Integrating your PLM and ERP systems ensures efficient interdepartmental communication. While a PLM-ERP integration solution enhances process accuracy, it is crucial for you as a manufacturing ... 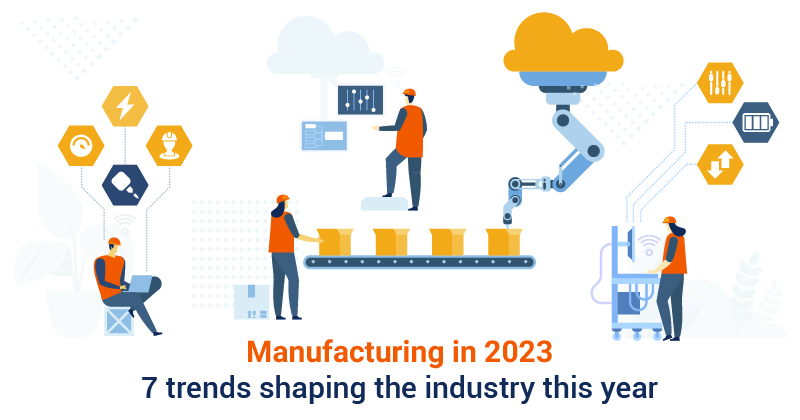 7 Manufacturing Industry Trends to Watch for in 2023

The manufacturing news in 2022 was full of issues such as supply chain disruption, inflation, transportation challenges, and worker shortages. Going into this year, you as a manufacturing company ...